The Box Storage area is a side tunnel that branches off of Level 33 of the Main Tunnel, along with the M-Tunnel. It consists of eleven levels, all of which can be played with any character. The first part of the Angel Missions takes place in the Box Storage Area, part 11, and thus can only be played with the Angel. These levels are fairly hard, so be prepared.

The Box Storage Area has many boxes in every level, hence the name. Most of the levels have the boxes arranged in symmetrical, aesthetically-pleasing patterns, while others have the boxes spread out in small clusters throughout the level. The player is often required to jump over gaps from one box or cluster of boxes to the next. Also, this tunnel has many hybrid levels. The tile size in this tunnel fluctuates frequently, but they are not in order. The level with the smallest tile size is in Box Storage Area, part 10, yet the largest level comes directly afterward.

After beating Box Storage Area, part 11, a cutscene featuring the Runner and the Angel will begin. The Angel demands that the Runner give him her map and goes on to complain that she's had more than enough time to find a way back home, and asks for the map once again. The Runner protests that not everyone wants to go back yet, revealing that she has no desire to go back to the Planet yet.

There are 2 achievements exclusive to this tunnel.

Finish part 10 of the Box Storage Area without moving sideways.

Difficulty of the Levels of The Box Storage Area 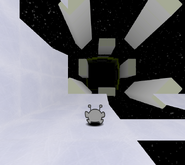 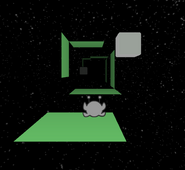 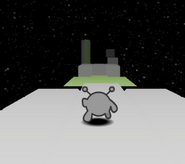 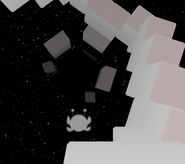 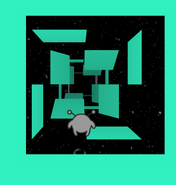 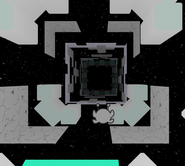 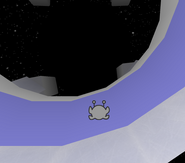