The Child is the son of the Duplicator. He is often seen with his father, yet also enjoys sneaking around alone to spy on others. He has adopted the Bunny as a pet, yet he shows little emotion to the Lizard.

The Child can be unlocked by beating the Low-Power Tunnel Levels, or he can be bought in the Shop for 2,000 power cells instead.

The Child's light weight, combined with his balloon, allows him to run on crumbling tiles without dislodging them. However, when he jumps, the sudden force is enough to knock them loose and have them fall into the void of space.

The Child has an average speed of 10m/s. He also has low maneuverability, which sometimes makes it difficult for him to move from side to side. While he won't encounter them in Explore mode, any conveyor tiles in Infinite mode will instantly move him to the side, and attempting to go out and in of the tunnel will make him even more difficult to control. He also has trouble with spiral levels.

The Child floats down slowly, so if he can get enough height, he can jump a long way away. Often you can tell where the child will land after the jump; when he reaches the peak of his jump, the place he will land is a small distance under his feet. His jumps are not normally very high, but if he jumps multiple times in a row, he gets a little more height with each jump. On the third jump, he will jump 10% higher and ~41% farther. This is because he is trying to imitate the Bunny. The Child is not good at jumping short distances.

The Child has a rather fun and immature personality. He is described as a "light-weight youngster" in the game. He is also clever and sneaky and can be found hiding on the background in some of the cutscenes.

He only wants to do things that he wants to do, and he is a bit of a trickster, as it is shown that he mocks the Lizard's face when it falls asleep, and he fills his balloon with water so he can splash others with water. Despite this, he's good around the Duplicator, his dad. He also likes burning things, as shown when he found candy in the Low-Power Tunnel, he burned it just because he thought it tasted bad. This may be shown in the future in an upcoming cutscene.

He only wants to do fun things like reading picture books (Not books without pictures), and jumping off ramps and boxes and floating back down. He also avoids things that are boring, such as school science. He seems to be quite scrappy, putting together his own costume, using his balloon to give himself an advantage in traversal, and even plans on trying to put together a rocket.

The Child has a lot of fun with the Skater, as he is the youngest one here besides himself. He went out of his way to find a medal for the Skater after he went through the Winter Games. He doesn't seem to think much about him being involved in the conspiracy. They both are able to "cheat" in certain tunnels, and seem to both enjoy doing so. He has had a couple productive discussions with the Skater about diets, and in fact, burning the candy was the Skater's suggestion after the Child told him carbohydrates burn. He has spied on him twice, but only when the Student or Angel were around him.

The Child looks to be a smaller version of most of the other characters, who carries around a green balloon.

The Ghost has a white balloon instead of a green one. He has a white sheet over himself for his Halloween costume.

The character description for the costumed Child says, "He worked very hard on this costume. Pretend to be scared, ok?" This description revealed that The child made it himself.

The Ghost has ever so slightly faster fall speed. At the moment, this seems to only be present in the HTML5 version, and the Ghost will later be differentiated further from the Child. The faster descent speed may help with overshooting gaps.

Follow the Gray Brick Road - Use the Child to beat Level M-4 in only one jump.

Memory Test - Don't jump in part 5 of the Low-Power Tunnel.

Planning Makes Perfect - Finish part 4 of the River without jumping and without using any tunnel-powered abilities.

Three Spooky Jumps - As the Child, beat part 1 of the Low-Power Tunnel in only three jumps.

The Child appears in 30 of the 66 cutscenes (66 is the total number of cutscenes if including all of the hidden, Upcoming and optional ones). Here is a full list of his appearances throughout the story.

Note: An asterisk (*) Or 2 (**) after the name means the Child and his dad is hiding in the background of the cutscene.

The Ghost (Child's Halloween Costume), appears in 1 of 65 cutscenes. Here is a full list of his appearances throughout the story. 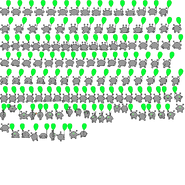 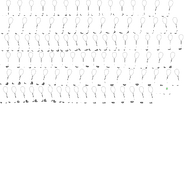 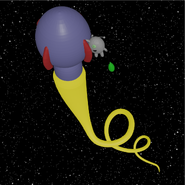 3D practice model of the Child on a rocket.

The Angel and The Child meet the Hare

On January 28, 2020, player_03 streamed the beginning process of creating the Dream Sequence. It would be updated in a later stream on January 31.