All games have their own content, with some being short and ordinary, while some have spectacular ones. Sometimes, game modes and their own gameplay mechanics can affect the content of the game. In fact, when you are playing games, even your controls and the appearance of your characters count as a part of the game content. Now, our game to have its major and important content to be shown here, is obviously, Run 3.

Run 3 is a special game, having unique gameplay mechanics in game, and you can probably think of a few even after you played the first few levels. And now, we are going to tell you the major features and content of the game.

In Run 3, you will control a character, with the Runner as the default, and you can only play the Explore Mode at first. But as you play for the first level, you can find out that you can change your gravity simply touching the wall, and it is literally walking on it. With the animation of changing gravity changing smoothly, you can definitely enjoy this experience. Also, in the game, you can find many other special things, such as different tile types and darkness, and the large variety of levels. You can even indulge yourself in earning achievements if you think you are skilled enough!

The main elements of the game:

These are mainly the most important contents in the game, and yet, there are even more to explore. Not only you can play this game and have a nice time, but you can also know how are the characters feeling as the cutscenes show their personalities.

Run 3 has definitely a large number of different characters, with each acting real and like a human. For instance, Skater is joyful and likes to skate around, while the Child is fond of keeping pets and is happy with the Bunny. Each character has its own specialty, with the Lizard being sleepy and Duplicator who can make duplicates on his own. 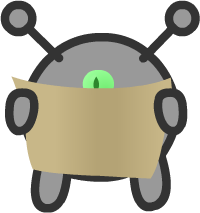 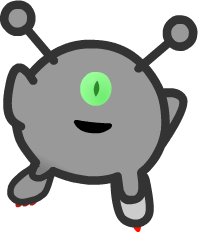 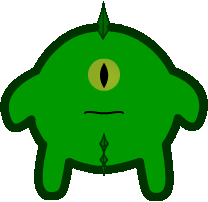 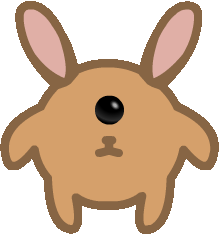 The starting character of Run 3, and it is the default character at any times.

This is the Skater, one of the main characters in Run 3.

This animal is known as the Lizard, and you will unlock it after beating Level 40.

The most hyperactive creature in game. It is very unique; it doesn't know how to walk properly.

From this slider, you can understand there are so many choices to choose in the game of Run 3. Unfortunately, we can only show you 4 of the characters in the game, and you can know more about the characters by going to their designated page. You can reach there through here.

A Unique Gameplay and Control

You'd probably know how unique this game is. Not only you can change gravity by touching the walls, the characters' controls also make the gameplay having a large variety. From the Bunny which can let you keep bouncing through the tunnel, to the Pastafarian who can create light bridges in levels due to her faith in the Flying Spaghetti Monster. There are even unimaginable powers from other characters like the Student, Duplicator, and the Angel.

The diverse type of levels even enhance your overall fun in the game. From a large tunnel with small holes in it, to long platforms of tiles that you need to jump across and even levels with tiles so black you cannot even see, it is you who can make use of different characters' unique abilities to get over the obstacles in order to reach a new one. With the incredible space-themed background music, this game becomes very addictive, and can bring you an enjoyable experience.

With the gameplay, you can also enjoy the Infinite Mode runs. You can run endlessly, in a total of more than 300 meticulously prepared levels randomly put in order, with some having fun achievements for you to earn and have a profound sense of success after beating one of them. Even after you failed, you can get to know about some game tips and statistics of your run, like how many levels you had gone through, how many minutes you had survived, etc. In Infinite Mode, you can collect Power cells, the in-game currency that let you purchase upgrades and costumes or even cutscenes in the Shop.

With Power cells, you can unlock the Level Editor, which can let you create your own, unique level and publish it in the game! This can let you release your creativity and you can spread your happiness through sharing it with your friends.

There are common tiles in game, that let you run on and you can jump on. This seems to be ordinary, but this game definitely contains more interesting tiles. From Crumbling tiles to Power tiles, or even Conveyor tiles, there are a great deal of tile types you can play with.

Crumbling tiles are interesting; they fall when they are touched by your character (except for the Child). Even those in contact with the crumbling Crumbling tile crumble as well. This can let your level layout change dramatically, making your gameplay much challenging.

In different tunnels, there are sometimes unique tile types as well. In Winter Games tunnel, Ice tiles and Ice Ramps are introduced, and they can increase your running speed but decrease your maneuverability. In the Low-power Tunnel, the Power tiles are present, and can shock you when they all go out and become black suddenly, leading to hard and challenging levels. There are also Conveyor tiles that exist in the tunnels in The Way Onwards that can slow you down or speed you up significantly. These all are very special, and can make your gameplay much more enjoyable. Therefore, you can be assured that there is not only Normal tiles in the game. There are others as well.

But the most special of all is the Box. Mostly located in the Box Storage Area, these large or small size Boxes are the only 3-dimensional tile type in game. You can even walk on the sides of the Boxes!

A good game often has a story plot, and in even better ones, they usually have fantastic stories in it. As an excellent game with much content in it, Run 3 certainly has a story plot as well.

Run 3's story is mainly told through cutscenes. Every time you beat a tunnel or beat a certain level, you always get a cutscene or an animation. Watching the slides turn and knowing the background of every characters are always great.

The story plot is very reasonable. Every character has his / her / its own role, and they all have their own personalities and background. For example, the Duplicator's son is the Child, and his wife is on their Planet. They wanted to go back to their Planet, but it vanished, so Angel led some of the characters to find the way back to their home. At the same time, Runner, Skater and the Student found the Wormhole and they were trying to find a way to reach it.

The story is entertaining, and the conversation between characters are fun and intriguing. The story hasn't ended yet, so we still don't know the ending. But we can wait, as Player 03 said there was a long way until he had the game's story plot finished. If you want to know more, and are willing to read the spoilers, feel free to go to the Story page, where we listed out the cutscenes and a brief summary of them.

The content of the Run 3 game is rich, and the gameplay and controls of it is fun and entertaining. With lots of different characters and abilities, you can always enjoy the content of the game, and there is... more depth than Run 1 and 2. So if you like games with a story, or wonder why the aliens just run in Run 1 and, this is the game for you. The large variety of level types and special game modes enhance your experience when playing the game as well. You can also try to beat different achievements and earn yourself a feeling of success. Have a fun day with Run 3!

Lots of games have unused content in them. Run 3 is no exception, of course.

The Climber is an unused character in Run 3, which is referenced in the pictures. She is simply called "Climber" and she looks like the Runner. Player 03 has confirmed her existence on the Discord, claiming she was an idea he once had, but isn't sure she'll make it in the game. However, she may be planned for Run 4, as Player 03 said she was not slated to appear in "this" game. Her appearance was similar to that of Runner's, but this is probably a placeholder image. In some versions of the game, she had a spritesheet, and an unused trivia. She wears a ring, and a hardhat, however the ring is green.

Several removed cutscenes were discovered within the files of an earlier version. A couple of them feature the Runner and Angel, others also feature the Runner as well as the Student and the Child. The first one features the Child asking what the Runner is using and the Runner being glad he asked. The second one features the Runner and the Student with the Student telling the Runner she took the best physics classes and fell asleep during them. The third and the final one features the Angel and Runner with the two of them bumping into each other. The Runner and Angel both asking each other what they think they're doing in unison. The Angel tells the Runner she jumped into empty space. The Runner then replies saying that it wasn't empty because her map said there was a tunnel there. The Angel then asks the Runner if she sees anything. And then the Runner asks if he is insulting her map-making skills. He then replies saying he is insulting her eyesight. The dialouge boxes below that are obscured in the image, so the rest of the of the dialouge in the cutscene isn't shown. The last one shows the Angel tugging on the Runner's antennae with her screaming in pain.

In the game's files, a Ninja costume exists for the Child, but it was unused.

In the game save files, there is a code with the lines "explorewormholeCrossing". It is revealed by Player 03 that this was actually an unused level, which was actually located on the bridge between the B-Tunnel and the N-Tunnel. But he got rid of it since he thought the level was ridiculously hard (but not as hard as the hardest ones in game), and more importantly, it wasn't that fun. That's why he made this level unplayable now. The level was once playable here.

Originally Player 03 intended to add the purple tiles from Run 2 that would change the gravity in reverse,but didn't because the camera didn't flip over in time so you couldn't see where you were landing. A couple other tiles are mentioned in the code, such as the Non Rotating tiles and the Sticky tiles.

This is an unused achievement, which was likely scrapped.

This was never released. It was scrapped because it contains Bouncy tiles, which Player 03 decided not to include outside of the Level Editor.

The Caveman, Zombie, and Climber have intact abilities in an older version. The Caveman has a stomp, which behaves like a manual bunny hop. The Zombie spawns a checkpoint every 33 meters(66 in todays measurements) and the Climber would grapple the ceiling. The Gentleman also had a different ability before officially being added, if down was pressed, he would stop in place.

In here we will list all features of the game that were changed with major differences (aside of new levels, new achievements, cosmetics like icons for achievements, etc.).