No
The Coordination Challenge is a tunnel that branches off from the Box Storage Area tunnel. It consists of levels canonically created by the Gentleman, however some of the levels have been created by editors of the Wiki (levels 2, 3, 6, 7, 9, 10, and 11). The only playable character is the Pastafarian. The tunnel was introduced into the game on August 5, 2018.

It is unlocked after watching the cutscene "Superpowers" and beating the "Memory Evaluation" tunnel.

All of these levels have different styles since most of them (7 out of 11) are made by different players. These levels are considered to be harder than average since this is a "challenge" by the Gentleman.

Something unusual about these levels is that if you played some of these levels in a challenging way (Such as avoiding the Normal tiles and staying on the light bridge only), there will be a progress bar on the top of the screen. If you can successfully fill up that bar, there will be hidden dialogues shown to you.

There is a cutscene at the end of the tunnel, named "Thanks for Playtesting". However, it remains incomplete to this day.

There is one cutscene that takes place in the Coordination Challenge. If you want to know more about the story, go here.

Thanks for Playtesting is a one-frame cutscene with dialog boxes of the Pastafarian and the Gentleman talking to each other. The cutscene is incomplete, and it will only show that the two characters are talking, and there will only be bubble boxes containing dialogue on the bottom of the screen.

After completing the progress bar in coordination challenge 5 by not dislodging any tiles, the Pastafarian talks about the tiles being sparse at the end of the level even though she did not dislodge any.

After completing the progress bar in coordination challenge 9 by only touching the bridge, speech will appear. The Pastafarian talks to the Gentleman about converting the Angel.

Sometimes the cutscene glitches making the Galaxy Map unusable and Explore Mode sends you to the Galaxy Map, this problem can be solved by refreshing the page.

The levels of Coordination Challenge. 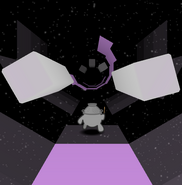 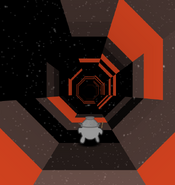 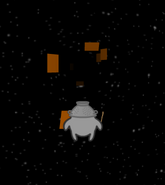 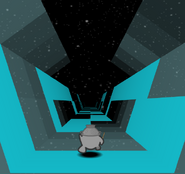