Unlike in Run 1, the Infinite Mode levels in Run 3 are pre-made, instead of randomly generated. Many updates to the game have silently added levels to Infinite Mode, and this gallery is to display all 328 of them in numerical order.

The following IDs have some history behind them:

ID-7 - This was scrapped because it contained bouncy tiles, which player_03 decided not to include (except in the Level Editor). It is now replaced by another level, created by Fivebee.

ID-10 - This had to be scrapped because it contained inverse gravity tiles, which couldn't be used as the camera didn't point down quick enough for you to see where you were going to land. It also contained the nonrotating tile, another unused tile. However, it is now replaced by another level.

ID-11 - This was scrapped because it contained inverse gravity tiles. This also has bouncy tiles. However, it is now replaced by another level.

ID-92 - This was rejected because it was long, easy, and had too many fast conveyors. This number returned with a completely different level.

ID-170 - This level exists, and is intended to be dark, but due to a bug displays as light anyways. Because of this, it is marked with a *.

ID-271 - This id-number was missed out by mistake.

ID-277 - Player_03 removed this because he thought it was too hard for Infinite Mode. It has been reused as Plan C, part 10.

Please add your pictures to the gallery, instead of posting them in the comments, if you can. We are already at 100 comments! 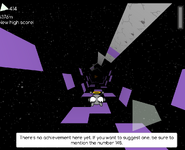 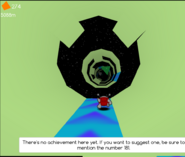 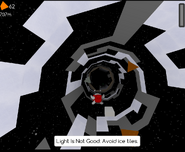 Level 243, 6 Sided, Achievement: Right Back Into the Air