The New Tunnel is a tunnel that branches off of the Low-power Tunnel, part 15. You have to get the Duplicator or the Child in order to unlock the tunnel, so the easiest way to unlock this is by beating the Low-power Tunnel completely, then focusing back on this tunnel, since the reward of that tunnel is the Child. It consists of nine levels, and its main color is green. The tunnel is composed entirely of Normal tiles, with the exception of a few Ramps. It is the most recently formed tunnel, and it is called a 'newborn' by the Duplicator when he and his son discovered it. It seems as though the New Tunnel is not even fully formed; it is still 'growing' new tiles, so there are many spaces and holes between the tiles. The tunnel also gets smaller for each level.

When first discovered, the only characters that can be used in the New Tunnel are the Duplicator and the Child, as canonically, they were the first to learn of its existence. However, after beating all the levels in the tunnel, any character can be used.

Because the New Tunnel is not yet fully formed, there are many spaces between the tiles, and large gaps between platforms that must be jumped across. The Child is recommended where the gaps between tiles are very long. However, the Duplicator is useful in levels with smaller gaps, as his duplicates offer a second chance if he falls through.

In most of the levels, the tiles are rather large compared to sizes in many other tunnels; however, in New Tunnel, part 9, the tiles are much smaller. This requires some adjustment to gameplay; it is easy to accidentally jump too high and 'fall' out the top of the level. It is recommended to use the Duplicator for this level, and avoid jumping as much as possible. Instead, jump off the duplicates, but only when absolutely necessary.

There are two cutscenes featuring in this tunnel. More information can be found on the Story page.

Upon clicking on the first level of the New Tunnel, a cutscene will start, featuring the Child and the Duplicator. The Child noticed a tunnel branching out and sought the fact that there were floating tiles everywhere and starts to form a tunnel. The Duplicator said the tunnels are alive, and the Child thinks that it is a 'baby tunnel'. The Duplicator then jumps into the tunnel, saying that they could be listening to us, but they could talk in the New Tunnel because newborns don't understand speech.

After beating the New Tunnel, a cutscene starring the Duplicator and his son will begin. The Duplicator says that they will review what they know about the conspiracy. The Child is confused, because he never noticed any conspiracy. The Duplicator then explains his theory, saying what he knows about each of the characters, and how he thinks they are involved. After all of this, the Child says he doesn't want to play a game where the Runner is bad. The Duplicator tells him that it is no game, saying that recognizing conspiracies is a vital life skill

Difficulty of the Levels of The New Tunnel 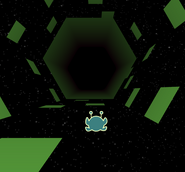 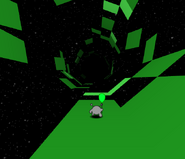 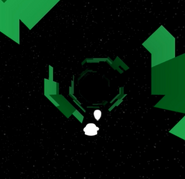 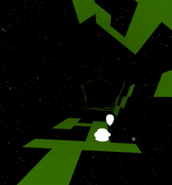 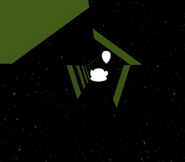 New Tunnel, part 9
Add a photo to this gallery
Retrieved from "https://run.fandom.com/wiki/New_Tunnel?oldid=79842"
Community content is available under CC-BY-SA unless otherwise noted.