Run, also known as "Run 1" or "Run Classic" here to distinguish it from Run Mobile, is the first game in the Run series. It was released in August of 2008 and was last updated in 2012. The game was first posted on Albino Blacksheep, and from there the game gained a large following. There are currently two other installments in the Run series: Run 2 and Run 3.

Plans to remake Run in HTML5 have been ongoing since late 2020.

You play as a gray space alien running through a tunnel in space. This character is now known to be the Runner; however, at the time, her character wasn't fully established here. The objective is to reach the end of the level and move onto the next one by maneuvering around obstacles like holes. If you fall out of the tunnel, the level restarts. The game starts out with several easy levels, but the difficulty slowly increases as you progress.

When you jump on the wall of a tunnel, you can change gravity and run along it. This is a necessity to complete most levels and makes some levels easier.

Normal - Character will run at an average pace. Recommended for beginners.

Fast - Character will run faster than usual. Recommended for experienced players and speedrunners.

Intense - Character will run much faster than usual. Recommended for the most hardcore and skilled players. Unlocked after completing Adventure on Normal or Fast.

While being the first game, Run offers a handful of things to do.

Traverse through 50 levels to reach the end of the tunnel. As you progress on either "Normal" or Fast", levels will become more difficult. Completing said mode will unlock the "Intense" difficulty, which is much faster and requires enhanced reflexes.

Run through randomly generated levels as the difficulty gets higher. Complete 99% to reach infinite. Levels will no longer be more difficult after 99% and can be replayed as many times as you wish.

Make your own tunnels to share with the world. Change tile color, length of the tunnel, and level text. You can also load any shared levels you've found elsewhere.

When the game was released, the Runner was the only character. On July 2, 2012, seven new character costumes were added for Kongregate members: Student, Lizard, Gentleman, Angel, Skater, Caveman, and Zombie. The first five of those later became characters in Run 3. Other than the Skater, the costumes don't affect gameplay and are simply cosmetic. Only Runner, Student, and Caveman are unlocked at the start, while you unlock the rest in Adventure mode, on levels 5 (Lizard), 10 (Gentleman), 20 (Zombie), 30 (Angel), and 50 (Skater).

It is possible that it will come as a trilogy or alone on Steam.

There is an HTML5 version of Run currently in development. Its beta was revealed on January 9, 2021. Information about this version can be found in Player_03's streams. It can be played using this link: https://player03.com/run/1/beta

Joseph Cloutier, aka player_03, wanted to experiment with a new game engine during a game contest online. He decided to work with Alex Ostroff on this game. Player came up with gravity switching. From there the environment changed to space, and Alex, when making a character, drew an alien. Player got the main background music, "Space Theme", from either a buddy, forums, or randomly downloaded. Strangely, no one has claimed that they made this music, out of the millions of players.

Throughout the development cycle, the game was mostly grey scale until someone said they didn't find the grey levels appealing. So, player_03 added slight tints to the levels, and then made the tints brighter again, and again, until it became what it is today.

The levels of Run 1. 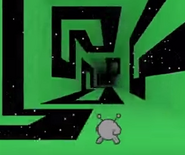 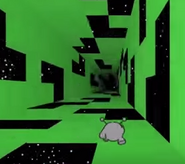 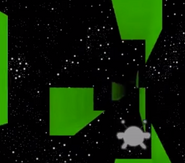 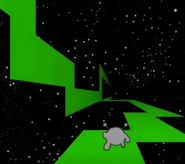 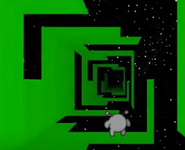 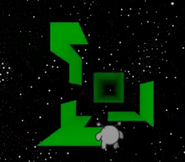 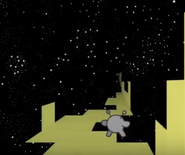 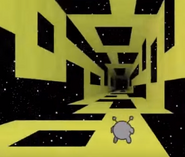 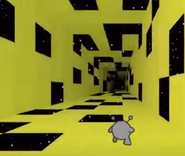 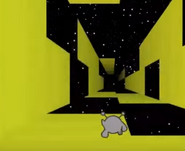 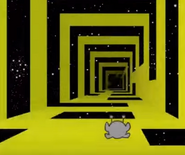 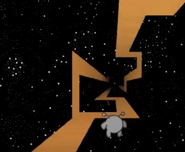 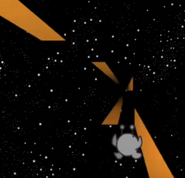 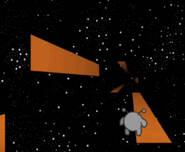 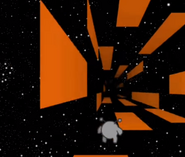 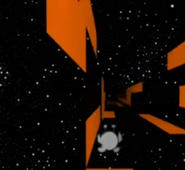 Difficulty: Hard - Complete a level with at least 90 difficulty in "Infinite Mode"