We're Getting Mutants in the MCU - The Loop

Run 3, known simply as "Run." for Android and more excitedly as "Run!!!" for iOS, is the third game of the Run trilogy. It originally released to Google Play on December 11th, 2013. It would later come to Kongregate as a Flash game on June 5th, 2014.

On release it was little more than a remake of the original Run. Through a stream of consistent updates throughout the years, however, the title has evolved a distinct entry into the series with a plethora of unique gimmicks, characters, and an overarching plot.

More information on Explore Mode can be found on its designated page.

From the first set of levels - the Main Tunnel - lies a series of level sets that are (mostly) all connected. Explore Mode has the player finding and mapping out every last one of them. There are currently 309 levels accessible from this mode across 21 level sets.

The entirety of the plot (mostly) takes place in this mode alone.

More information on Infinite Mode can be found on its designated page.

Unlike the Infinite Mode of Run 1, this version has you playing through a randomized selection of 325 pre-built levels. Every meter you travel is kept track of and displayed on the top left - the goal to get as far as possible before failing a level. The highest distances are saved to a leader board viewable from the main menu.

Power Cells are scattered throughout every level in this mode. Their frequency and value increase alongside your distance. Achievements exclusive to this mode can be redone for Power Cells as well.

More information on the Shop can be found on its designated page.

Characters, costumes, Infinite Mode-related upgrades, a cutscene, and the Level Editor can be purchased here with Power Cells. Every item has a short description beside it unique to the Shop.

More information on the Level Editor can be found on its designated page.

The game better resembles Run 1 with levels that take on the form of tunnels and are (mostly) comprised of tiles. Returning from Run 2, however, is a selection of unique characters to play as and various types of platforms that behave differently when stepped on.

Runner - A character with exceptional stats across the board. Her strafe is quicker on the ground.

Skater - A fast character with a low jump height and strafe.

Lizard - A slow character with a high jump height.

Bunny - A faster character with the inability to stop jumping.

Child - A slow character and an even slower faller. He weighs too little to knock out crumbling tiles.

Gentleman - A slow falling character that can magnetize himself to nearby Power Cells.

Duplicator - Not just a character - but many. Duplicates emerge from him that can be used as platforms or a respawn.

Pastafarian - A character that can cross the void with her bridge of light.

Student - A character with exceptionally low stats across the board. She can flip gravity.

Angel - A character with slightly less exceptionally low stats across the board. He can dash mid-air and glide safely to the ground afterwards.

Crumbling - An unstable tile that will begin to fall when too much weight is applied to it. Every adjacent crumbling tile will follow suit.

Ice - A cool tile that increases a character's maximum speed at a decrease to strafing ability. This effect lasts only as long as one is on the tile.

Glow - A tile that is lighter than the standard tile. It shines in the dark.

Fast - A forwards driven conveyor. Speeds up a character massively.

Slow - A backwards driven conveyor. Slows down a character massively.

Right - A rightwards driven conveyor. Sends a character quickly to the right and rotates the level counter-clockwise by 18 degrees.

Left - A leftwards driven conveyor. Sends a character quickly to the left and rotates the level clockwise by 18 degrees.

The levels of Run 3. This count may not be 100% accurate as there may be some pages missing difficulty categories. 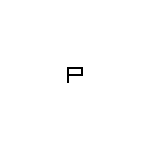 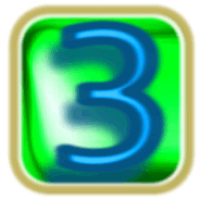 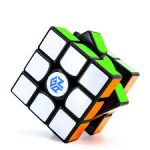 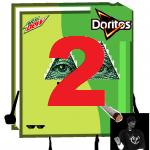