Once you figure out how something works, it's yours to use. This includes gravity.

9 m/s
The Student is a character in Run 3. She spends her spare time doing experiments, and seems to be a good enough scientist that both the Runner and the Gentleman come to her when they're stumped.

The Student is an introvert who values her alone time, as shown when she turned down the Pastafarian's invitation to a party in order to run tests. She admires the Runner and possibly the Scientist as well, as when the Skater suggested the name, she knew about him, yet the Skater didn't. The Student wants to be called the Scientist, but since it is taken, she calls herself the Student instead, because she is always learning.

The Student has undergone a large change between updates, which affects her controls and gameplay considerably.

Her default settings haven't gone through any change (such as her gender is still the same), but unlike the Gentleman, there is a change in terms of the cost of power cells, which increased from 4,000 power cells to 10,000 power cells. She can also be used temporarily during Bridge Building and C-Tunnel due to her significant role in those parts of the story. However, the Student is not unlocked after finishing those levels, and still must be bought in the shop.

We are going to look into the controls and gameplay in the following.

After the August 2017 update, some of the Student's controls were changed. If the jump button is pressed again while she is midair, she flips upside-down and will float upwards until the jump button is released. She can still be maneuvered midair by using the left and right buttons, but she can't be controlled as freely as before. When the jump button is released, she will turn upright again and fall down quickly toward the side she jumped off. But if the jump button is held long enough for the Student and she passes the center of the tunnel, the gravity in the tunnel will flip and she will land on the side opposite where she jumped off. Though she can't float so freely like before, the Student can still jump much farther than normal like this. However, it may be difficult for her to land, especially if she is aiming for a small area.

The Student is one of the slower characters in the game. She has one of the worst jumps in the game, but she can extend it by disabling gravity after she reaches the apex.

If you need to reach the ceiling quickly, you could disable gravity while you still have good upward momentum, which lets you move upward faster.

Before the update, the Student was able to disable gravity during a jump, allowing her to float slowly upwards or downwards. When she hits a wall, gravity would come back. She could maneuver in midair, giving her a significant amount of control over where she lands. Unlike the update, you can float out into space easily and fail the game, but before the update, you have a better control of the time you are in midair, so it is both a buff and a nerf in terms of controls and gameplay.

Player 03 said that this version of the Student was too hard to learn, and too overpowered once learned. He wanted characters to all to be in this fashion but said that the Student took it too far.

The Student is very smart, and is very independent most of the time, like many good students. The Student is shown to have collaborating skills and be able to use them, as she works together with the Runner and the Skater to explore the tunnels. When she is not exploring new tunnels, she is usually running tests on many things, meaning she is an introvert. She uses her private time wisely. The Student tends to go overboard when explaining because when she tried to explain her story of how she found the rings on the box to the Runner, she ended up saying a lot of things. The Student is so smart that she can learn things on her own, and she can think of alternate explanations for many things. The Student sometimes finds out how something works by breaking it, or simply thinking how it was created, from her theories of tunnels and low power gravity. The Student loves to help out and solve problems for people, like the Gentleman or the Runner and is even called the go-to for problems.

The Student is shown to not be very athletic, as her normal jump height, speed, and jump length are not very good without use of her ability. She does seem to have minor discontent for the education system, as she thinks the idea of finals is a bad one. She has a hobby of watching sci fi movies.

The Student is one of the most technical characters in Run 3. She can be used to travel long distances in all directions. She is slow, so she is a very easy character to handle, making her great for going long distances in Infinite Mode. Without her ability, however, she can barely do anything.

Using her ability strategically can make her great in almost every situation, crumbling levels, single tile levels, collecting power cells, changing gravity, and long jumps. She has the reputation of the most precise character in the game.

Not a Gymnast - As the Student, beat Box Storage Area, part 1 without moving sideways.

The Student appears in 18 of the 65 cutscenes (65 is the total number of cutscenes if including all of the hidden and optional ones). Here is a full list of her appearances throughout the story.

The Student, who looks just like the Runner and has a red school backpack which contains a book, a power cell (or battery), and a device that allows her to flip gravity. 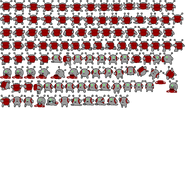 Old sprite from "Batteries" cutscene. Her arm is drawn differently.

The Student has some unused sprites. Everything after the second "T-posing" sprite is unused, except for the one before the jumping for joy sprite. The one to the left of the first "T-pose" is also unused. An old version of her sprite in "Batteries" has been changed, and has been left unused since the cutscene was updated.