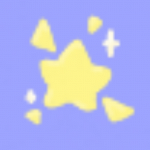 hmm.. where did i come from Edit

you probably clicked on a random link from the staff page and ended up being here because you probably don't know me, or you just saw me edit stuff in wiki activity. i am a rollback discussion mod, which means i moderate discussions.

i probably got demoted since i didn't edit for 52 days.

what have ive done

what have ive done 2

also, sophia helped, so i guess she's the co-owner

description: carries art supplies everywhere she goes, even if it's heavy. wants to be like her mother. places herself as the second best artist, the first being her mom. doesn't like to be criticized.

(originally unnamed, but people kept calling him the box, so uh)

age: slightly older than the artist

description: wants to be a pilot, made a propeller plane out of boxes that can glide for a little. if he was in the game, he would be very slow, has a mediocre jump that is enough for gliding for a short time. everytime he glides, he speeds up.

description: i don't usually have my own characters interact with canon characters, but he is a huge runner fan.

Retrieved from "https://run.fandom.com/wiki/User:0Twinkle0?oldid=67369"
Community content is available under CC-BY-SA unless otherwise noted.