The Winter Games is a side tunnel that branches off of Level 15 of the Main Tunnel. The tunnel consists twenty levels which can be played with any character.

Two tunnels branch off of the Winter Games, the W-Tunnel and The Way Back, both at part 9. However, The Way Back is only unlocked after completing the Going Home checklist.

Completing the Winter Games tunnel unlocks the winter costumes for the Runner and Skater.

The Winter Games is the first Tunnel to introduce the ice and ramp tiles. Unique to this tunnel are frequent sections of many compounded ramps that are meant to imitate moguls. The combination of the ice tile's speed boost and the many ramps leading into the void is what defines most of these levels.

There are five cutscenes in this tunnel. More information on this can be found on the Story page.

After beating the Winter Games, the cutscene 'Gold Medal' will begin, featuring the Child and the Skater. The Child announces to the Skater that he won, and presents him with a "gold" medal. The Skater looks surprised and says thanks to the Child. However, when the Skater inspects the medal closer, he realizes that it is not made of gold, but bronze or copper. The Child responds, "Yeah, well, it was the closest I could find." The Skater accepts the medal anyway, saying, "It's the thought that counts."

There is a conversation between the Pastafarian and Angel, and the Angel tells her that they have to split up, and the Pastafarian agrees, but she also says "Remember to practice being nice" and then leaves. The Angel contemplates leaving without her, but he thinks that it will take a long time to leave anyway.

Upon clicking on The Way Back, part 1, the cutscene 'Angel vs. Bunny' will begin. This cutscene features the Angel, with the Bunny bouncing on him and the Duplicator and Child watching. The Angel notices that, and then the Child cheers for the Bunny and the Duplicator shushes him. Then, the Angel kicks the Bunny into a pit. The Angel complains about bringing him, and then the Pastafarian tells him that he told her to invite everyone she encounters. The Angel says that he meant anyone, not anything. Then, he tells everyone to just follow instructions, but the Bunny comes back, only to get kicked out by the Angel once again. He says that he'll leave everyone behind if they waste his time, and then everyone gets going.

There are 4 achievements in this tunnel.

As the Ice Skater, beat part 12 of the Winter Games in only three jumps.

Beat part 16 of the Winter Games without jumping. (Hint: ice skates may help!)

Don't move right in part 18 of the Winter Games. (Hint: when you pass through the third ring, aim for the right edge of the platform.)

Slipping and Sliding to Victory

Difficulty of the Levels of The Winter Games 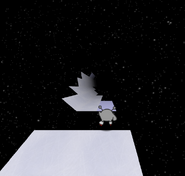 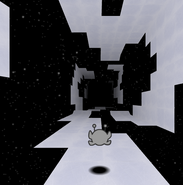 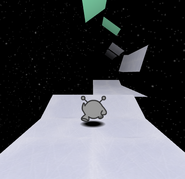 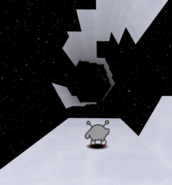 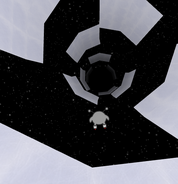 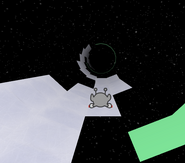 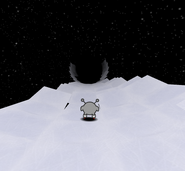 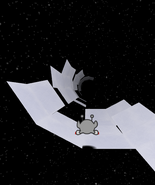 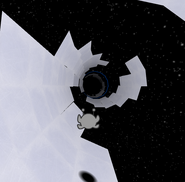 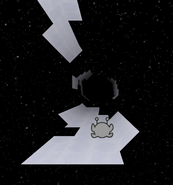